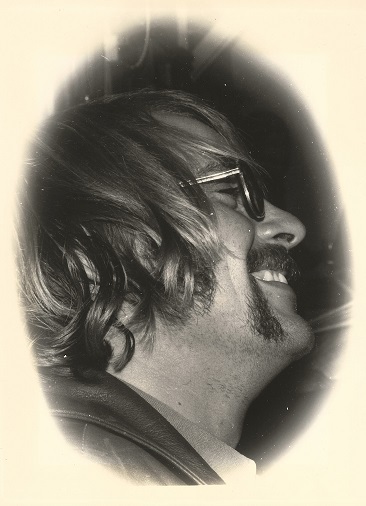 It is more than 45 years since Fred tragically died of leukaemia; at the age of twenty-nine.  The memory of him burns brightly in those that knew him. This obituary honours both the man and his contribution to Centaurs RFC.

Fred was born in South Shields, Co Durham. Shortly after he was born his family moved south setting up home in Finchley. It was a gregarious and generous household. All were made welcome by his parents, Alf and Rita, and his siblings Perry, Julian, and Cheryl. To the present day many Centaurs have retained close links with the family. His schooling, at Finchley County Grammar School, provided the link to several future Centaurs who attended other local schools.

He was introduced to the Club by Geoff Granger. In 1964/65, after a chance first meeting, Fred and Geoff arranged a Sunday game between a Lyons XV and the Queen’s Head pub in Pinner. The result was that not only Fred, but several of his chums, spurred on by Fred offering them free beer and food, joined Lyons RFC. Initially they formed the nucleus of the Extra B. He was a regular player for the lower sides captaining the Extra B in the ’67-‘68 season. The following season saw him he move up to play regularly in the A side with occasional games for the 1st XV.

His greatest contribution to the Club came through his role as social secretary. If ever there was a man suited to a job this was it! Truly a round peg in a round hole. Fred held that position for five consecutive years starting in the ’69-’70 season and only relinquishing the post when he became ill.

Fred was one of those rare people who enlivened any room he entered. His humour and enthusiasm both on the field and in the bar was infectious. Never short of ideas as social secretary he achieved success never since equalled. Some of his schemes were wildly ambitious but, somehow, they came together on the night; a natural impresario. No matter what the outcome compensation was always had from the fund of anecdotes of the event. Fred always dressed for the occasion, strutting his stuff in leather trousers tucked into knee length boots; particularly to the popular song of the day; Cecilia. It is a hugely evocative memory.

Apart from his love of partying and rugby Fred loved cars (and driving too quickly). Returning from Gower Road one Saturday, driving his newly acquired Triumph TR2, he was racing another Centaur (unnamed to protect his reputation!) along the North Circular Road. At the Iron Bridge he failed to negotiate the bend and disappeared through the fence and down the railway embankment.  Expecting the very worst, his fellow racer was very relieved to see Fred, just short of the railway lines,  trying to push his car up the impossibly steep slope.

Sadly, it was not to last. After a hedonistic period, running a ski school in San Feliu and in 1973 crewing a yacht in the Mediterranean,  he became ill with leukaemia.  This  culminated in a long stay at St. Bartholomew’s Hospital. Even here Fred’s spirit shone through his adversity. Each Saturday a few Centaurs would visit him after the game. On occasions, ignoring medical advice, Fred resplendent in pyjamas and dressing gown would sneak out and join club mates in the nearby Bishops Finger pub. There he would hold court as if back at the bar at Centaurs. However, his recovery was not to be.

At the ridiculously early age of 29 Fred passed away. His funeral was a packed event with the congregation overflowing into the car park. Fred lies interred at Hendon Cemetery.

As a mark of respect, the Club arranged a memorial game in Fred’s honour. There were two sides of international players; captained by David Duckham and JPR Williams. Never has a match at the Club’s ground attracted such a large crowd with a substantial sum of money being raised for Leukaemia Research charity.

Relationships and the memory of Fred span the years. His long-time, devoted, girlfriend, Fran Dunn, is still in touch with Centaurs. She first met Fred at a New Year’s Eve party in 1973 remaining by his side until the end.

Fred; forty -five years on you are still warmly remembered by those who knew you at Centaurs RFC.

(Thanks to Perry & Julian Holt, Mick Inkpen and Geoff Granger for their assistance)