Chris came to Lyons RFC soon after joining the Company. His talent for leadership, and his playing abilities, were quickly recognised. By 1964 he was both 1st team and club captain; positions that he held in the following season.

Marriage to Barbara quickly followed in October 1966. Barbara speaks of Chris’s love of the game and how their holidays were always arranged with key rugby dates in mind. 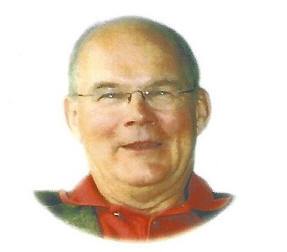 Dennis Stacey (with kind thanks to Barbara Beaumont)

Chris was born, at home, in Pudsey, Yorkshire. Home was Nesbit Hall; a Georgian mansion He was one of three siblings. One brother, Peter, was an England trialist who played for Headingly.

He was schooled at St. Peter’s, York. Founded in AD 627 it is the World’s fourth oldest public school. He moved on to the University of Sussex where he gained a degree in hotel and catering management.

Chris was destined for the Church. However an abrupt change took him to J. Lyons & Co; joining the company in 1963. He had a stellar career and was appointed General Manager of the renowned Cumberland Hotel. In the mid 70’s Trusthouse Forte Plc bought J. Lyons & Co’s hotel interests. Recognising Chris’s ability he was retained by the new owners progressing to executive director of their hotel division. He ended his career with various consultancy posts in the hotel and hospitality industry.

In those early days Chris was a regular tourist. On a tour to Denmark there was a card-playing group in the touring party. Retiring to their rooms at dawn they found them stripped of furniture and bed; Chris had struck.

He was also renowned for his deadly aim with a bread role; preferably soaked in bitter. In fact the only place to sit in the dining room was next to him. At least you knew when the conflict was about to start and where the retaliation was likely to come from.

Chris captained the “A” side to a successful season in 1971-72. By now, with a young family and a business career, the pressures on his time were considerable. However, he never lost touch, and, throughout the 1980’s, he was often seen at the club enjoying a few beers with the players.

By the 1990’s Centaurs was beginning to struggle. The Club was losing its playing membership and grappling with a huge overhead. The old boys, Chris in the vanguard, resolved to help. The steward’s accommodation was converted into four flats for rental income. On his own initiative, he went off to West Middlesex Hospital, and came back with four nurses in tow. The  word spread that there were nurses above the bar, and, for a time, the playing membership stabilised. For clarity, Chris actually arrived with three nurses and one harridan; the one who always has the blunt needle in the A&E department. When she complained (often) he would go off to see her with flowers and chocolates in hand.

Despite the best efforts of all concerned Centaurs were eventually unable to field regular playing sides. Still imbued with warm memories of yesteryear and, under Chris’s chairmanship, Centaurs committee continued to meet. This of course required regular strategy meetings. They were in effect long liquid lunches. The only strategy any could remember was how to keep upright on the long journey home!

By now wives were beginning to wonder what this old boy’s committee was doing with no rugby being played. In redemption a splendid, annual, weekend was spent at a decent hotel; with our wives. Originally, dinner dances at the Runneymede Hotel and, latterly, at Windsor.  Wherever, the conversation was the wittiest and the laughter the loudest; at its centre was Chris.

Naturally, he was an excellent cook and bon viveur, latterly, a good gardener. He remained a firm Christian throughout his life, sang in the choir and (naturally) became chairman of the social committee. Being a Yorkshireman cricket featured as an abiding passion;

A memorial service was held to celebrate his life. The service took place at St. Mark’s Church, Teddington and was attended by well over three hundred people. Past players of Lyons RFC and Centaurs RFC were in the congregation.

Chris enriched the lives of all those who knew him. His wit, charm, courteousness, and self-deprecating manner meant that, for those who were fortunate to know him, he was a first class chap.