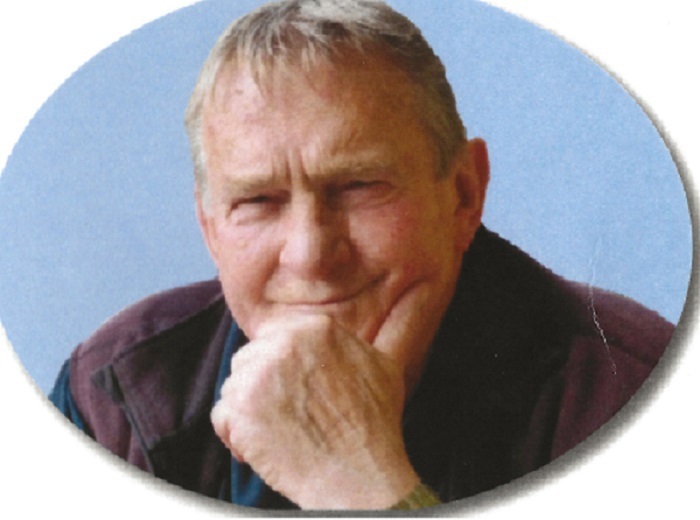 John Edwin Hanna was born on the 5th January 1941 in Auckland New Zealand.  In his early twenties, after a short spell fruit picking in Australia, John moved to London where he shared a flat in Hampstead with fellow New Zealander Billy Faulkner who subsequently played occasionally for Centaurs.  John initially played casual rugby with Billy for company side Hoover where Billy worked.  In 1968 Centaurs had a pre-season friendly against Hoover and at the match John was persuaded to join Centaurs and I, as the A XV captain, snapped him up to play second row alongside Morrie Fitchett against Old Elizabethans.  I managed to retain John for that season but the next season in 1969 he was quickly established as a prop in the first XV.  John was not a multifaceted prop as they are today but was rock solid forming a formidable front row with Paul Baker on the other side of the scrum. John was immensely strong as anyone who experienced the infamous Hanna bear hug will testify.

John was a good tourist. On one of Centaurs regular tours to Guernsey John, as club captain, was invited by his opposite number to the welcome ceremony. This entailed eating raw eggs; the winner consuming the most.  After they were tied at eight each John had had enough and broke the deadlock by eating two more; shells and all. His room-mate was not impressed that night as John’s digestive juices got to work.

On one amusing occasion, when Centaurs were still sharing the clubhouse with UCSOBs, John was drinking at the bar when one of the “posh” UCS players asked Norman, the club manager, to put a slice of lemon in his gin and tonic, Hannah quickly responded with his own order of a pint of Guinness “and put a potato in it would you please Norman”

Another memorable moment was John’s hilarious incoherent speech at the Club’s Quinquennial dinner at the Richmond Hill Hotel in 1973. It had been the final day of his employment at Dillon’s bookshop and John had already celebrated for several hours, when it came time for his key speech as club captain he stood rather unsteadily and after a twenty minute incomprehensible ramble he fell back exhausted into his seat.  Shortly after, undoubtedly inspired by John’s irreverence, the first bread roll of the evening was launched. Guest of honour Sir William Ramsey was rather bemused and beat a premature retreat.

Apart from his love of rugby John was a keen sailor with a Marine Navigator’s Certificate. Mike Dixon remembers sailing with John on a twelve crewed boat to the Isles of Scilly, where a number of the crew were current or former rugby players.

John’s most extraordinary sailing event was the 1979 Fastnet Race. Wikipedia records “A worse-than-expected storm on the third day of the race wreaked havoc on over 303 yachts resulting in 19 fatalities. Emergency services, naval forces, and civilian vessels from around the west side of the English Channel were summoned to aid what became the largest ever rescue operation in peace-time. John was crewing one of the 86 finishers and was the last one to be accounted for in the final role call. The yacht was crewed exclusively  by New Zealanders apart from one honorary Kiwi, Ken Goodman, a great sailing mate of John’s who gave a moving tribute at his funeral.

John passed away unexpectedly in hospital following a routine operation for on-going heart problems on 7th November 2018, his partner Jenny still lives in Lambs Conduit Street in London close to the Lamb pub where John had been a popular regular.  His stepson Mark is a consultant A&E doctor and now lives in Australia.

John fully deserves the simple accolade that he was truly a “good man” and will be missed by his fellow Centaurs.

In 1970 John was elected as Club Captain and retained the position for two more seasons.  In the 1976/77 and 1977/78 seasons he served on the Centaur’s committee as Team Manager.

In researching this obituary, I received a number of replies from Kiwi ex Centaurs. I record below their memories of John

Chris Moore – I remember that he was a builder and a bloody good bloke who took us under his wing and made us very welcome at Centaurs, introduced us to everyone and taught us how to consume 8 pints of London Pride on a Saturday night. He was also at the club rooms on that infamous night of the bike races.... I think we might have had more than 8 pints that night and then drove home of course. He was also skip of the A side and a bloody good captain to play under. He was a good guy... a bloody good bloke.

Steve Mitchell – I think you are correct Des. He was a friend of Phil’s brother in law. I’m pretty sure I remember he came round to Argyle Rd one Saturday and maybe 5 of us jumped in his car and became Centaurs. And yes he had been in UK some time. I think he had a pommy accent.

Darcy Downie – Hi Des that's sad news a Centaur stalwart off to the big rugby ground in the sky. My recollection of how we found the club. Very early in our time in Ealing we went to a test match at Twickenham and when having a beer after the game some bloke (John) heard our kiwi accents and asked us if we played. He then proceeded to arrange for us to join the club and as they say the rest is history.

Phil Lowrie - My memory is that my former brother in law, Martin Lowson who now lives in Queensland, Australia introduced us to Centaurs through his mate John. About half a dozen of us were looking for a game over there and were made very welcome by John and your club.

Des Molloy - By the time John introduced us to Centaurs in Feb 1972 he was already Club Captain and for us Kiwis, a man of 'mana' – a man of great personal prestige and character.  Robust and jovial, we were slightly in awe of John, as he seemed to have assimilated to a degree we could only aspire to.  His Kiwi diphthongs were already flattened to the point he could pass as an English gent, although his Saturday night behaviour often relapsed

I am indebted to many people who helped me compile this obituary, particularly Jenny, Mike Dixon, Ken Goodman, Dennis Stacey, Paul Baker and Des Molloy. I’m sad to report that Billy Faulkner died a few years ago but I haven’t been able to obtain further details.