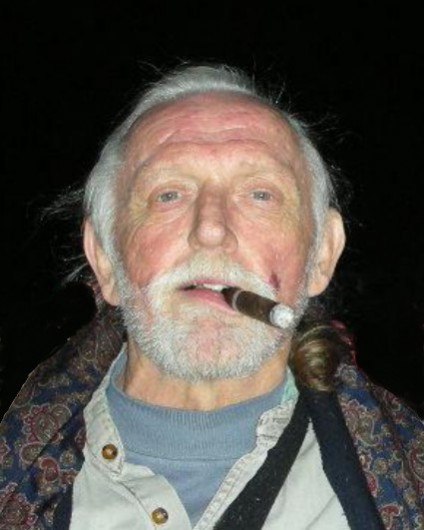 Robbi was born in Newcastle, Tyne and Wear, to parents Jenny and Jack, and was spoiled rotten as child, that is until his whingeing little sister Jackie came along six years later. He went to Thomas Addison High School Longbenton, where he excelled in art and design. Jackie recalls Robbi getting a real bow and arrow set at about the age of 11 and his mate fired at the target and missed, the arrow went straight through Robbi’s cheek and perhaps that was the first of many trips to hospital. She also recalls a lighter side that not many of us knew, when he would bring animals home (guinea pigs, cats and dogs) all of which his mum and Jackie had to look after!!

Robbi trained as an artist in Italy under an Italian master in the 1960’s, and was exhibiting in his own studio in London’s east-end in the 70’s before establishing a successful career as an illustrator to top London Advertising Agencies in the 1980’s 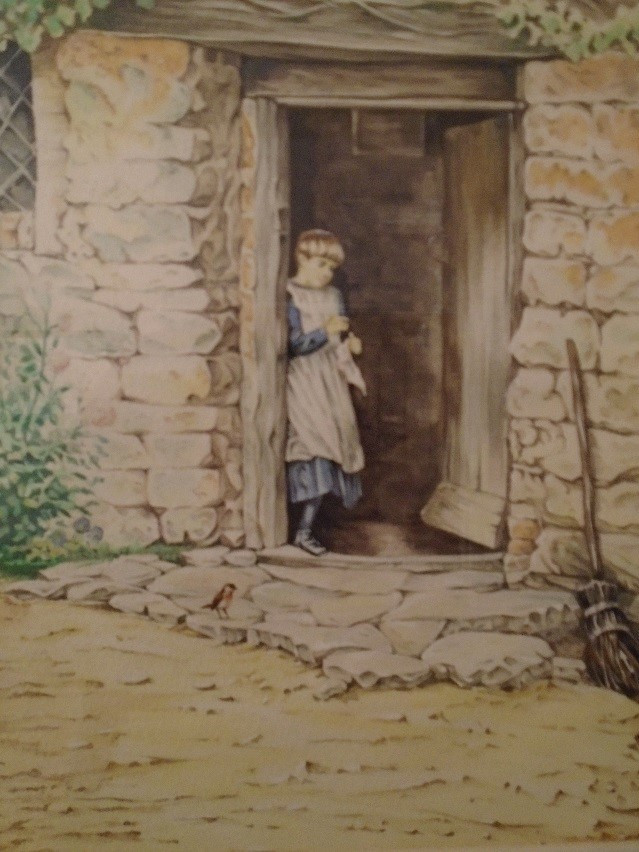 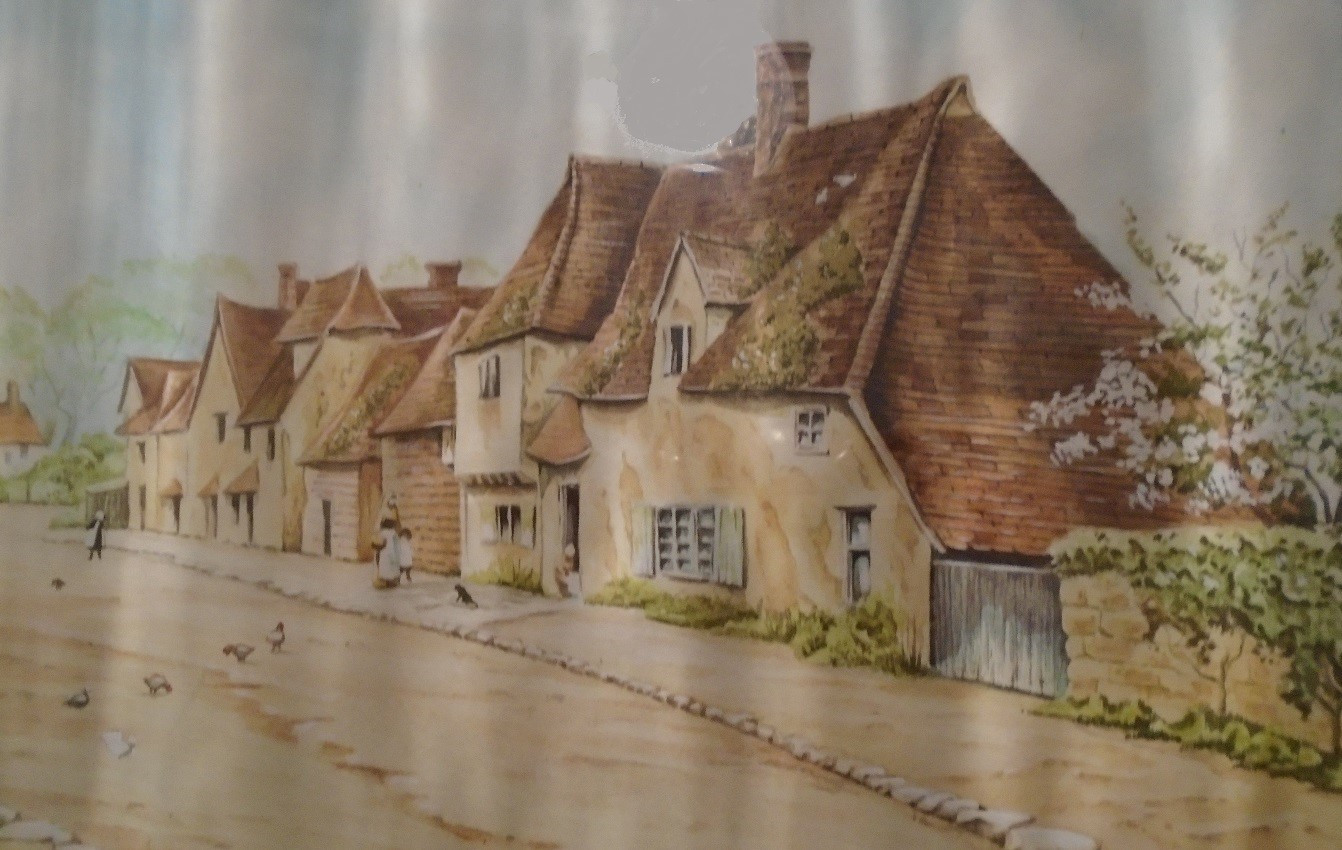 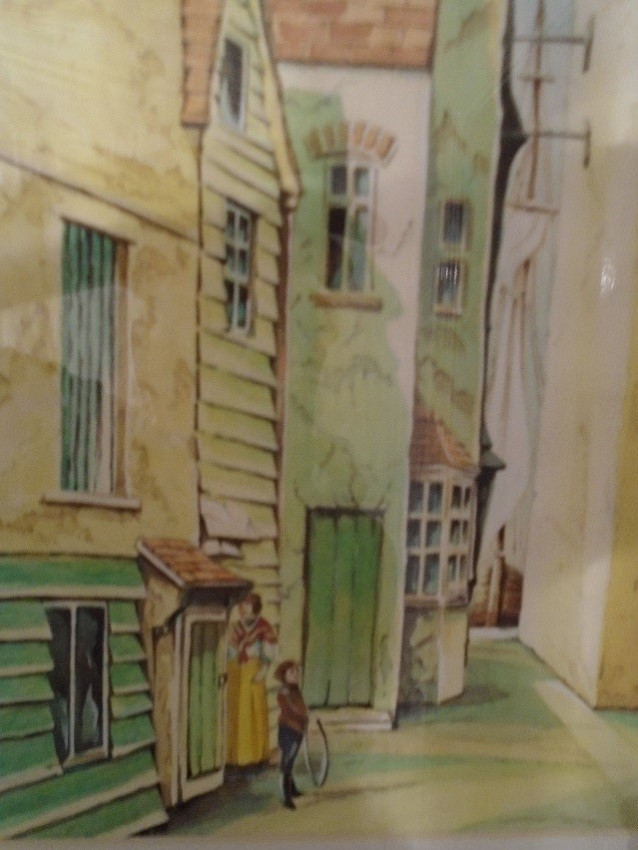 In 2004, Robbi gave up the bright lights of London and moved up to Tamworth to be near his daughter Jessica. He bought and lived on a narrow boat and had access to a nearby studio where he continued to paint – but this time it was images as to what life would have looked like on boats and waterways, in the days gone by, right up until his death in November 2016. 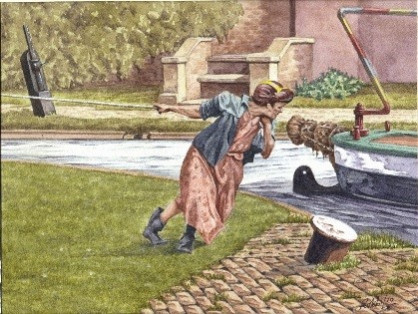 We first met at Riley Advertising well over 35 years ago, getting to know each other very quickly as we seemed to have a lot in common, Mostly pubs, Guinness, Port and Irish Whisky!!

I can still see Robbi now- cigar in mouth, sweater draped over his shoulders, driving his racing green MG convertible into the car park reserved for the Riley Directors – As he was allowed to do so by the owners of the pub next door!!

In those days in the Advertising world it was all ‘work hard and play hard!!’ .

On one occasion we worked long into the night on a presentation for a Sainsbury’s advertisement campaign - superbly illustrated by Robbi with pen and paper, - This was way before the days of computers and instant printers – when Apple or Blackberry were - well - just fruit!!

After we had finished we decided to have a glass of port or two, and ended up with an “all-nighter” in a Pub called the Red Cow in Hammersmith - Lock-ins happened a lot when you were with Robbi!! 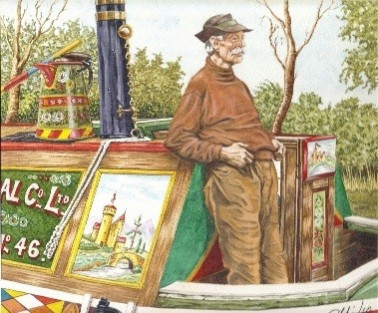 The next day being a Saturday, we went to watch a club game through very glazed eyes and Barry Nixon, playing Mum as usual, got a loan of some towels and promptly sent us both to have a cold shower!!  But he did supply us with a couple of large ports to keep us going while we were in there!

And so Robbi had just introduced me to Centaurs Rugby Football Club, a club that has lost one of their own and I know he will be sadly missed by all his playing companions and club mates

I joined as a social member – but soon began to run out with the guys on the pitch, this was after Robbi convinced me - over a few large glasses of port, to go on Rugby Tour to Dublin. So my first game was on Irish soil!! 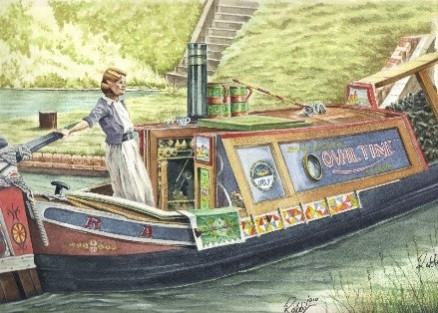 We continued to play well into the very late 90’s and Robbi rarely (if ever) missed a game, we would run out on a Saturday and sometimes on a Sunday (but not before we had a couple of large ports as we watched the opposition warm up), and then you would often see Robbie after the game, standing at the same spot – still in his rugby kit – cigar in mouth and another large glass of port in his hand, as we, his team mates soaked in the large baths in the changing rooms!

His rugby and working career was nearly cut short by a squirrel! It happened when Alison (his then wife) called out for help as there was scratching in the extractor fan in the club kitchen.... Robbi grabbed the rodent, which latched its teeth into his hand, and ripped a good layer of skin as he tried to throw it onto the rugby pitch! He arrived at the hospital in his rugby kit to have it stitched up, only for the nurse to fall about laughing...... Apparently her words were "NEXT.... the rugby player who has been savaged by a squirrel". He did return to the club after that for a quick glass of port and to play the second half.

We also had our moment in Belfast, still blighted by the “troubles” as Robbi, learning that I was going home for a long weekend decided to join me. So flights booked, and after a few “Fog Stops”, involving Port and Guinness’s and Irish whiskey, we ended up in a local night club, where we managed to hold off the local natives in a punch up – only to end up in hospital with various cuts and bruises!  When we went back to work they christened us “The Black and Blues Brothers”

I want to end by saying that Robbi was no angel, he did have his ups and downs like so many of us, but he was a person I just enjoyed being around, and he touched the lives of all those who knew him with his incredible sense of humor, and entertained all of us with fascinating stories.

An incredible artist, and a fierce rugby player, I am proud to have called him a friend and I will miss him greatly, life has lost a true fighter!

Sleep well Robbi my friend, for there is no more pain!!